Diederik Aleven, General Director of Green Capital Kazakhstan LLP, a Dutch investor from Aktobe, published a video post on the international social network LinkedIn about the experience of investing in the Republic of Kazakhstan. The company «Green Capital Kazakhstan» LLP is engaged in growing and selling tomatoes. The company entered into an agreement with the project office «Protecting Business and Investments» and NCE «Atameken» in 2018.

«After successfully supporting our greenhouse development in Aktobe, we visited the anti-corruption Agency in Kazakhstan and the Atameken chamber of entrepreneurs. We felt great support during difficult times and see this as proof that Kazakhstan welcomes and supports foreign investment. As a result, phase 2 of the project is under construction, and phases 3 and 4 are being prepared for implementation! Staggering facts. We already produce more than 3000 tons of tomatoes per year. When we complete the last phase, the output will be more than 12,000 tons per year. Kazakhstan shows its openness to us and provides its support», - notes Aleven.

This interview continues to gain popularity in the network, as well as enthusiastic comments and likes from users of the LinkedIn network from around the world.

LinkedIn social network brings together more than 500 million users , as well as representatives of the business community of the near and far abroad.

Earlier, when importing various equipment, Mr. ALeven faced unscheduled inspections by the customs authorities of the state revenue Committee, following which the fiscal authorities paid 350 million tenge of duties for incorrect classification of equipment. No one provided any reasons or explanations for charging such a large amount to the representatives of green Capital Kazakhstan LLP.

This was followed by the investor's appeal to the project office "Protecting business and investments".

After the intervention of the project office, all problematic issues were resolved positively. It should be noted that tomato products of international quality are in high demand in the region.

Thus, before the Dutch company entered the market, the price of tomatoes in the region exceeded the national level by 26%.

After the start of deliveries of the company's products to the market, prices fell to 2.7% relative to the national average price level.

At the same time, the company is not working at full capacity yet. Only 3000 tons of tomatoes per year. After the launch of the last phase, Green Capital Kazakhstan plans to produce more than 12,000 tons per year.

In addition, the activities of the Dutch company added 103.6 million tenge to the budget by tax payments in the past year. 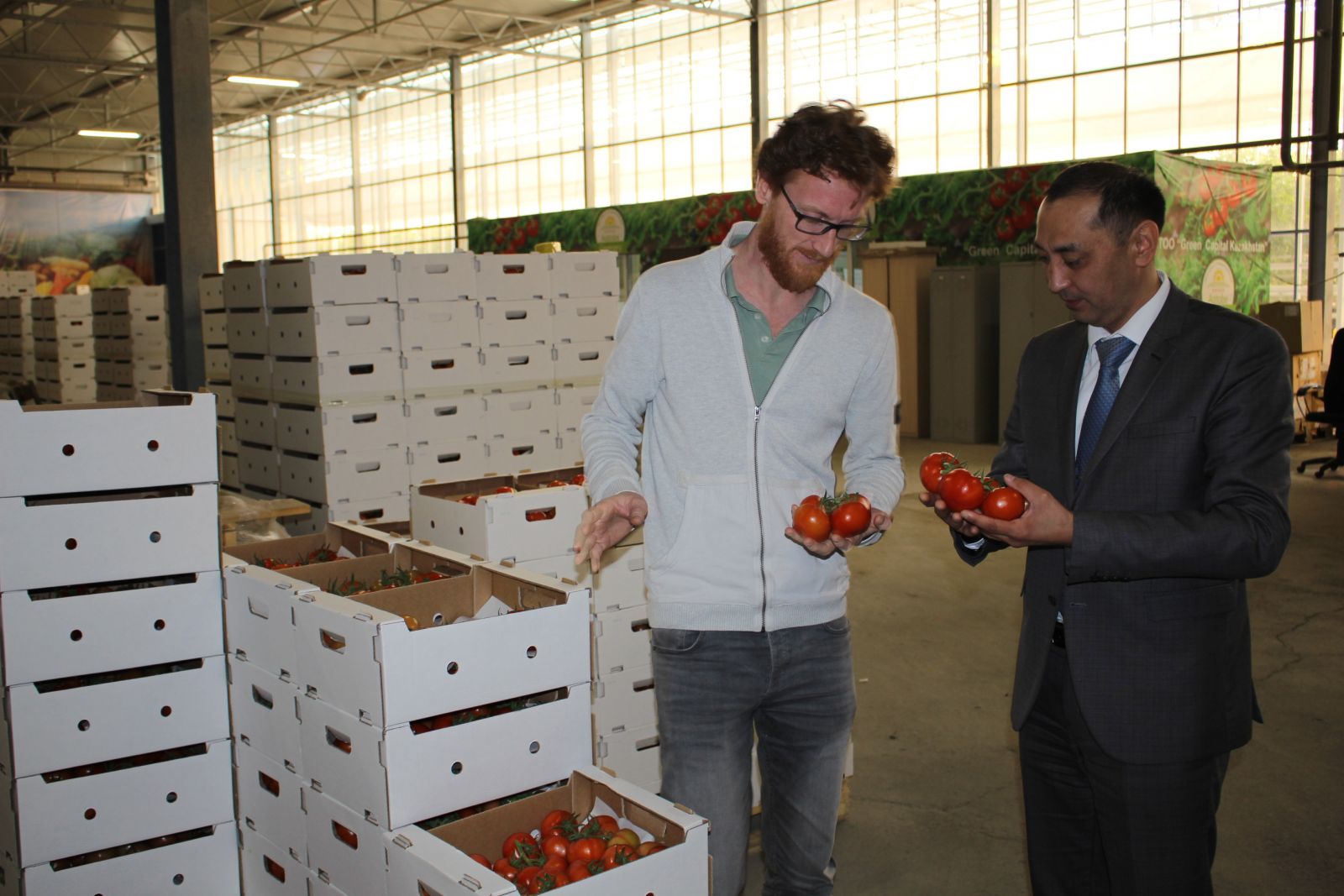 All employees of the company, which is 120 people-are the local specialists.

This success of the investor was promoted by the project «Protecting Business and Investments», initiated by the Agency of the Republic of Kazakhstan for anti-corruption. The project office has been operating in the country since 2018.

As part of the information project, more than 420 similar anti-corruption support agreements have been concluded by the end of 2019. Just as Diederik Aleven, investors from the Russian Federation, the People's Republic of China, Turkey, Germany, Belarus, the Netherlands, Switzerland, and Slovakia, as well as local investors, have decided to trust the Anti-Corruption Agency. A total of 625 issues that hinder business operations have been resolved.

The total amount of investment projects under the Agency's supervision is 3.9 trillion. tenge.

The effectiveness of the project «Protecting Business and Investments» is confirmed by vivid examples of resolving issues related to illegal additional taxes, administrative barriers in the field of land relations and public procurement.